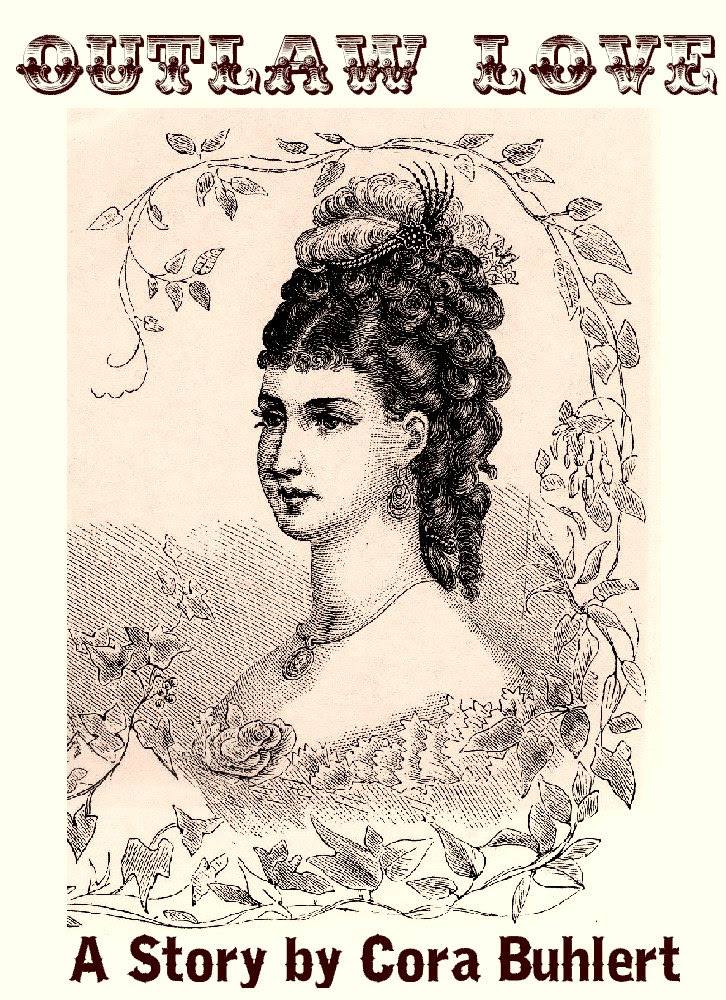 This week, I have the prolific author Cora Buhlert here on the blog. She has quite a few short stories and novelettes for you to check out:

On to the interview!

A magician has cursed your next reader so they can read only one of your books. Which book do you choose for them and why?
Countdown to Death, the first of my novelettes about the Silencer, a masked avenger in the style of the 1930s pulps.

As for why, I'm very fond of this story. Besides, it's a real page turner.

What's the first sentence of this book?
“SILENCER TO FACE HANGMAN” the headline screamed.

What's the last?
“But this mask,” she said, “really ruins the complexion.”

The world's scientists have just released the first time machine, and you've been chosen to get a free ride (with assurance that you'll be able to come back, of course ;). To when do you go and why?
I have a whole list of places I'd like to visit in that case. I'd like to go to Hamburg St. Pauli in 1960 and see the Beatles playing in the Star Club on the Reeperbahn before they were famous. I'd like to go on the second to last voyage of the Hindenburg, because Zeppelins are awesome and that was the last chance to enjoy a Zeppelin trip. I'd like to go to the Globe Theatre and see Shakespeare performing live on stage. I'd like to go to the assembly rooms in Bath in the early 19th century to enjoy some Regency atmosphere and have a chat with Jane Austen. I'd like to go to Blackpool in the early 1960s and see Freddie Frinton and May Warden performing their classic skit Dinner for One live in one of the many clubs there. I'd like to spend a night dancing at Studio 54 at the height of the disco era. And sometimes I'd just love to walk into a shop or department store in the past and buy some now priceless antique trinket (china, figurines, jewelery, dolls) when it was new.

You get to travel to the country of your choice for one week with any fictional character of your choice (not your own). Who do you choose, where do you go, and why?
I'd go traveling the Canadian Rockies with Wolverine from the X-Men. I used to be a huge X-Men fan and Wolverine was always my favourite character. As for the Canadian Rockies, the scenery must be amazing and besides, it's Wolverine's homeland, so he should know his way around.

Do you remember the first story you ever finished? If so, tell us about it.
I have a couple of very early unfinished stories, including one with a flying red sportscar from outer space kidnapping two teenagers. But the first story I actually finished was something about a girl walking into a mad scientist's lair and getting turned into a monster plant, which is then subsequently chopped up into a salad. She wakes up and everything turns out to be just a nightmare. But the really icky salad she's served for breakfast sure looks familiar...

Which book of yours was the hardest to write? Why?
Probably The Other Side of the Curtain, my spy fiction novelette set in 1960s East Germany. I had to ask the print magazine, where the story first appeared, for a deadline extension, because I just couldn't get it finished.

Interestingly enough, The Other Side of the Curtain is also the most personal of my published stories, because a lot of what Shoushan and Zane experience during their trip to East Germany is based on my own experiences visiting my great aunt in East Germany in the 1980s. Minus the run-in with Stasi agents, of course. I suspect the blurring between memory and fiction made the story difficult to write.

Which book of yours did you have the most fun writing? Why?
Either my humorous spy short story Shape No. 8 or Cartoony Justice, a funny fantasy short story coming soon. Shape No. 8 is the sort of story that just writes itself. Ditto for Cartoony Justice, plus it gave me the chance to turn the fictional stand-in for a certain kind of person I really don't like into a singing, dancing banana. Who wouldn't enjoy that? 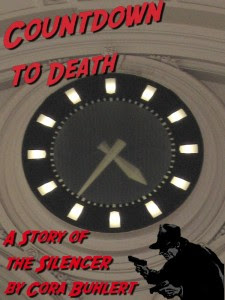 Did you ever write fanfiction? If so, for what fandoms?
In pre-internet times, before I knew that there was such a thing as fanfiction and that I wasn't the only weirdo to make up stories about my favourite characters, I wrote a bit of fanfiction. I wrote about Star Wars, the X-Men and long forgotten animated cartoons such as MASK or Defenders of the Earth. I also wrote some crossovers between different fandoms, but no slash.

What's the best piece of writing advice you've ever received?
Write every day, unless you're dead or in a coma. But set your minimum daily wordcount so low (my target is writing at least 100 words of new fiction per day) that you can make it even when you're ill or tired or terribly busy with life.

Unfortunately, I forgot where I found that bit of advice. But my productivity skyrocketed ever since I implemented that policy.

Thanks, Cora! I enjoyed your answers to my cooky questions :)
Posted by Emily Ann Ward at 10:00 AM 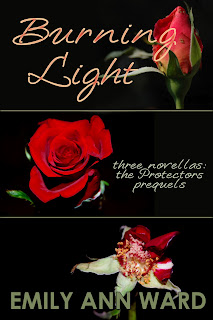 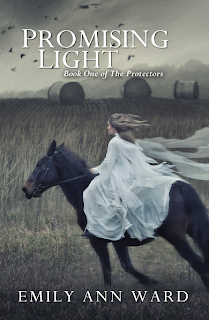 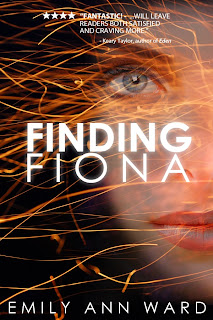 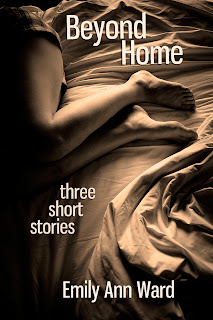